Welcome to my World of Murder, Mayhem & Mystery!

People often ask me why I write about the dark side of life, and my answer is simply that the dark side does exist, whether we like it or not, and most of us are fascinated by the subject. As a journalist I have covered many crimes, including the worst of them all, murder – often gruesome – during my 35-year career. You will read about my books on true crime and mysteries further on, plus two books on creatures that don’t murder, but they certainly kill – crocodiles and sharks!

As a freelance journalist, my newspaper stories and magazine feature articles have appeared in a wide range of publications, both in Australia and overseas. One of my crime stories won the best feature story and overall best news report in the 1995 inaugural North Queensland Media Awards. This investigation concerned Ernest Arthur Knibb, an itinerant pensioner who was sentenced to life in prison for a crime he steadfastly maintains he did not commit – the murder of scriptwriter Miranda Downes on a beach near Cairns in 1985. Knibb’s compelling story is revealed in my book Under A Dark Moon – True Murders and Mysteries from North Queensland.

Being a former Cairns Bureau Chief for The Courier-Mail newspaper. I reported from a vast area that covered Cape York, Torres Strait and the Gulf country. This was a life that consisted of hair-raising helicopter flights, sea and river voyages in – often less than safe -boats, and sometimes hiking and sleeping rough in rugged terrain that harboured snakes, wild boars – and yes, the feared and highly dangerous saltwater crocodile. But if there was a story out there, it was my job to report it – and get it first!

I have also published short fiction and one of my stories, Still Life, was selected out of 600 submissions for inclusion in the book Latitudes, an anthology of Queensland authors.

One of my articles, Flaws in the System, a study of judicial errors, is included in the book Justice in the Deep North – A Historical Perspective on Crime and Punishment in Queensland. Another highly regarded article, A Question of Truth, appears in Crime on My Mind, a book that explores the nature of crime and miscarriages of justice.

On another subject – sharks! – my story on marine scientist, Richard Fitzpatrick, entitled Tiger by the Tail, is featured in The Best Australian Science Writing 2011. Not bad for a crime writer!

I do hope you are entertained in these pages and find reading about my subjects as interesting for you, as it is for me, when investigating and writing about them. 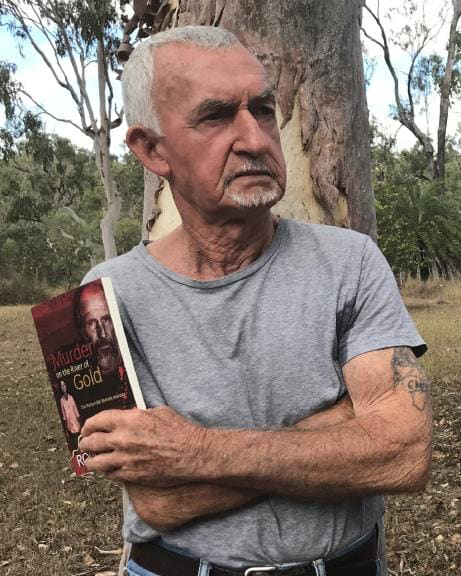